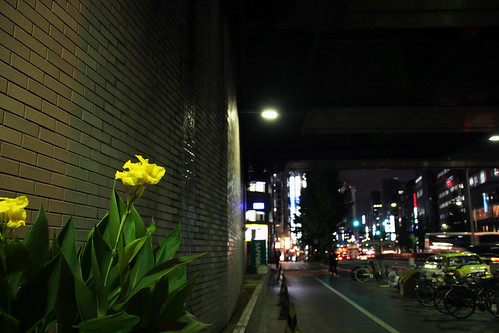 Tokyo has recently found a solution to combat crime and improve the atmosphere in some of the city’s more deprived areas.Ã‚Â  This came as a result of a study, which found that burglaries were less likely to be committed on a road lined with flowers.Ã‚Â  And rightly so – since the implementation of planted flowers, burglaries in Suginami; a district in Tokyo, have dropped by a whopping 80%!

‘Operation Flower’ was started three years ago as part of a wider crime prevention campaign. Over 9,600 people have volunteered to maintain these flowers and work alongside 200 security cameras to keep burglars at bay.

Now before you consider this an extremely strange way to combat crime, let’s take a look at exactly why it works.

Planting, watering and tending to flowers encourages people to spend time outside their houses and get to know their neighbours ( which, if you live in a big city, you know how difficult that is! ).Ã‚Â  Once neighbours are more familiar with each other, they are often more likely to know when they’ll be away on holiday and as a result keep an eye out on their house for them.

The gardener will also be on the lookout for strange occurrences and suspected criminal behaviour whilst tending to the flowers.

It also sends a powerful message to passers-by. The care and love that one puts into growing these flowers is reflected onto the gardener himself, simultaneously promoting the beauty and most importantly pride, of the neighbourhood. It sends a message that the owner is not an easy target. He cares for his property and has most likely installed security features to defend it.

This community effort, combined with the 200 security cameras,Ã‚Â  has very effectively reduced crime rates whilst promoting neighbourhood relationships. Much like my earlier post on guerrilla gardening, these efforts promote a sense of love, respect and beauty within a community. It gives pride to the people within it which reflects onto any passers by.